And Much More!
Take a Look At Our Most Recent Series!
5 Most Recent HSFSA News Releases
Books of the Week
⭑⭑⭑⭑⭑
5 most recent books of the week featured on HSFSA News
The Kremlinologist: Llewellyn E. Thompson, America’s Man in Cold War Moscow
02/28/22
* * * * *
The first book detailing the story of the man behind U.S.-Soviet relations during the Cold War. It focuses on the career of arguably the most important American diplomat of the Cold War, whose work repeatedly deescalated the international climate and defended U.S. interests.
Learn More
Strangers with Memories: The United States and Canada from Free Trade to Baghdad
02/21/22
* * * * *
A thrilling account of the developments and problems in U.S.-Canadian relations of the last decades. The author offers both an external view and an insider's perspective from the U.S. Embassy in Ottawa, combining the two into an unrivaled analysis of relations.
Learn More
U.S. Counterterrorism: From Nixon to Trump—Key Challenges, Issues and Responses
02/14/22
* * * * *
A work of an unprecedented scale, covering all aspects of U.S. Counterterrorism policies. Beginning with the Nixon Administration and ending in 2017, this book details the evolution of terorrism and U.S. responses in a rapidly changing world.
Learn More
Kissinger the Negotiator: Lessons from Dealmaking at the Highest Level
02/07/22
* * * * *
Written by some of the leading scholars in Business, Government, and Law, this book encompasses the techniques employed by Henry Kissinger through decades of serving the U.S. The authors further demonstrate how his approach can be applied beyond diplomacy.
Learn More
Our Woman in Havana: A Diplomat’s Chronicle of America’s Long Struggle with Castro’s Cuba
01/31/21
* * * * *
This book, authored by the former top U.S. diplomat in Havana, provides an insider's analysis of U.S.-Cuban relations since the 1970's, shedding light on many previously unknown details. It also looks into the future of the island nation.
Learn More
The Kremlinologist: Llewellyn E. Thompson, America’s Man in Cold War Moscow
Against the sprawling backdrop of the Cold War, The Kremlinologist revisits some of the twentieth century's greatest conflicts as seen through the eyes of its hardest working diplomat, Llewellyn E Thompson. From the wilds of the American West to the inner sanctums of the White House and the Kremlin, Thompson became an important advisor to presidents and a key participant in major global events, including the Cuban Missile Crisis and the Vietnam War. Yet unlike his contemporaries Robert S. McNamara and Dean Rusk, who considered Thompson one of the most crucial Cold War actors and the "unsung hero" of the Cuban Missile Crisis, he has not been the subject of a major biography—until now.

Thompson's daughters Jenny and Sherry Thompson skillfully and thoroughly document his life as an accomplished career diplomat. In vigorous prose, they describe how Thompson joined the Foreign Service both to feed his desire for adventure and from a deep sense of duty. They also detail the crucial role he played as a negotiator unafraid of compromise. Known in the State Department as "Mr. Tightlips," Thompson was the epitome of discretion. People from completely opposite ends of the political spectrum lauded his approach to diplomacy and claimed him as their own.

Refuting historical misinterpretations of the Berlin Crisis, the Austrian State Treaty, and the Cuban Missile Crisis, the Thompsons tell their father's fascinating story. With unprecedented access to Thompson's FBI dossier, State Department personnel files, letters, diaries, speeches, and documents, and relying on probing interviews and generous assistance from American and Russian archivists, historians, and government officials, the authors bring new material to light, including important information on the U-2, Kennan's containment policy, and Thompson's role in US covert operations machinery.

This unique and monumental biography not only restores a central figure to history, it makes the crucial events he shaped accessible to a broader readership and gives contemporary readers a backdrop for understanding the fraught United States-Russia relationship that still exists today.

Strangers with Memories: The United States and Canada from Free Trade to Baghdad
In the early 1990s North America was the vibrant centre of an increasingly democratic and revitalized western hemisphere. The United States and Canada were close allies working together to implement a bilateral free trade agreement and build an integrated manufacturing and export economy. By the late 2000s, the economic and diplomatic ties between the two countries were strained as policies stagnated or slipped backward and passports were needed to cross the border for the first time in history. By 2017 the US planned to wall off its border with Mexico and NAFTA was slated for renegotiation.


In Strangers with Memories John Stewart combines an insider’s knowledge, a mole’s perspective, and a historian’s consciousness to explain how two countries that spent the twentieth century building a world order together drifted so quickly apart in the early years of the twenty-first - and how that world order began its current shift. Assessing the major forces and events in North America’s development between 1990 and 2010, this book also details changes at the US embassy in Ottawa during those years and its relationship with US consulates in Canada and with the State Department’s Canada desk. Explaining how Canada's influence in the world depends on the US and has radically diminished with the decline in US diplomacy under presidents George W. Bush and Donald Trump, Stewart gives valuable advice on how Canada should handle its foreign policy in a much less stable world.

From the viewpoint of a Canadian with a front-row seat to two decades of US-Canada relations, Strangers with Memories chronicles Canada at the apogee of American power.

U.S. Counterterrorism: From Nixon to Trump—Key Challenges, Issues and Responses
U.S. Counterterrorism: From Nixon to Trump - Key Challenges, Issues, and Responses examines the "war on modern terrorism," from the Nixon administration to the early stages of the Trump administration. The book describes the evolution of U.S. counterterrorism responses to the changing terrorist threats, from primarily secular groups, to those with broad-reaching fundamentalist religious goals such as ISIS. The authors highlight the accelerating rate of changes in the terrorism situation from modern technology; the internet, "lone wolf" terrorists, cyber threats, and armed drones.

Kissinger the Negotiator: Lessons from Dealmaking at the Highest Level
In this groundbreaking, definitive guide to the art of negotiation, three Harvard professors—all experienced negotiators—offer a comprehensive examination of one of the most successful dealmakers of all time.

Politicians, world leaders, and business executives around the world—including every President from John F. Kennedy to Donald J. Trump—have sought the counsel of Henry Kissinger, a brilliant diplomat and historian whose unprecedented achievements as a negotiator have been universally acknowledged. Now, for the first time, Kissinger the Negotiator provides a clear analysis of Kissinger’s overall approach to making deals and resolving conflicts—expertise that holds powerful and enduring lessons.

James K. Sebenius (Harvard Business School), R. Nicholas Burns (Harvard Kennedy School of Government), and Robert H. Mnookin (Harvard Law School) crystallize the key elements of Kissinger’s approach, based on in-depth interviews with the former secretary of state himself about some of his most difficult negotiations, an extensive study of his record, and many independent sources. Taut and instructive, Kissinger the Negotiator mines the long and fruitful career of this elder statesman and shows how his strategies apply not only to contemporary diplomatic challenges but also to other realms of negotiation, including business, public policy, and law.

Essential reading for current and future leaders, Kissinger the Negotiator is an invaluable guide to reaching agreements in challenging situations.

Our Woman in Havana: A Diplomat’s Chronicle of America’s Long Struggle with Castro’s Cuba
Our Woman in Havana chronicles the past several decades of US-Cuba relations from the bird's-eye view of State Department veteran and longtime Cuba hand Vicki Huddleston, our top diplomat in Havana under Presidents Clinton and George W. Bush. After the US embassy in Havana was closed in 1961, relations between the two countries broke off. A thaw came in 1977, with the opening of a de facto embassy in Havana, the US Interests Section, where Huddleston would later serve. In her compelling memoir of a diplomat at work, she tells gripping stories of face-to-face encounters with Fidel Castro and the initiatives she undertook, like the transistor radios she furnished to ordinary Cubans. With inside accounts of many dramatic episodes, like the tumultuous Elián González custody battle, Huddleston also evokes the charm of the island country, and her warm affection for the Cuban people. Uniquely qualified to explain the inner workings of US-Cuba relations, Huddleston examines the Obama administration's diplomatic opening of 2014, the mysterious "sonic" brain and hearing injuries suffered by US and Canadian diplomats who were serving in Havana, and the rescinding of the diplomatic opening under the Trump administration. Huddleston recounts missed opportunities for détente, and the myths, misconceptions, and lies that have long pervaded US-Cuba relations. With Raúl Castro scheduled to step down in 2018, she also peers into the future, when for the first time in more than six decades no one named Castro will be Cuba's leader. Our Woman in Havana is essential reading for everyone interested in Cuba, including the thousands of Americans visiting the island every year, observers who study the stormy relationship with our near neighbor, and policymakers navigating the nuances and challenges of the US-Cuba relationship.

FSJ of the Week
⭑⭑⭑⭑⭑
5 most recent FSJ editions/articles of the week featured on HSFSA News
Diplomacy’s Threefold Nature
02/28/22
* * * * *
The author outlines the three postulates of diplomacy in an incredibly informative work: the mutability of policy, the global impacts of any, even local, diplomatic decision, and the importance of accounting for the beliefs of other nations.
Read Now
The Art of Summarizing
02/21/22
* * * * *
A detailed handbook on summarizing techniques tested by decades of diplomatic work. The author offers insight on the methods of selecting, clarifying, and condensing information into coherent yet brief summaries - skills equally useful outside diplomacy.
Read Now
Focus On U.S.-China Relations
02/14/22
* * * * *
An FSJ issue studying the development of U.S.-China relations from the start until 2012. It features an interview with Henry Kissinger, the archetect of early U.S.-Chinese relations and offers a thorough analysis of the topic, reflecting on mistakes and looking into the future.
Read Now
The Art and Practice of Diplomacy
02/07/22
* * * * *
As the title suggests, this article is a guide for diplomats by diplomats on delivering on their responsibilities. It investigates the skills that make a good foreign service officers and focuses on the personal interactions of individuals that shape policies.
Read Now
Diplomacy and the Press
01/31/21
* * * * *
This 1954 article remains relevant to this day. It provides insight into the diplomat-journalist relationship and highlights the main issues of the time: the relation between freedom of press and national security when dealing with delicate topics; and countering propaganda.
Read Now 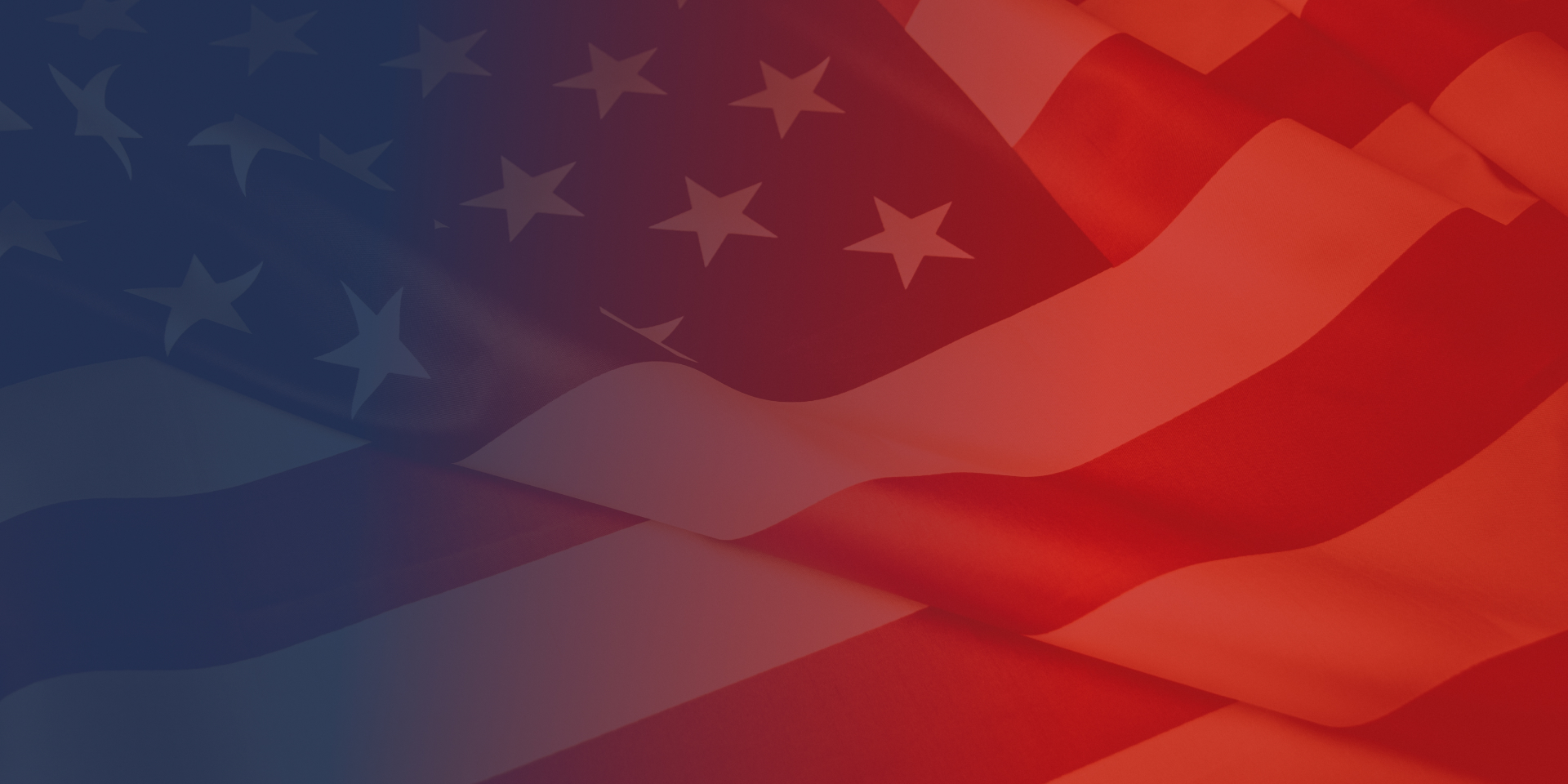